Artificial Intelligence (AI) is one of the emerging technologies growing exponentially and Forrester Research predicted a greater than 300% increase in investment in artificial intelligence in 2017 compared with 2016. IDC estimated that the AI market will grow from $8 billion in 2016 to more than $47 billion in 2020. This article is written to understand AI especially for beginners and for developers who are inclined to develop software AI machines. Topics covered are as below:

What is Artificial Intelligence?

Humans are considered most intelligent creatures and can learn, think and make intelligent decisions. Artificial Intelligence (AI) is a branch of Computer science and goal is to create computer systems and machines that can Learn and act like humans. However, as humans, we have a limitation to analyse complicated multi-dimensional problems and problems involving huge data. With artificial intelligence we can programme a machine to mimic human behaviour, to learn, to predict, to take decisions and to solve problems involving huge data with multi-dimensional parameters.

AI has been there since 1950’s and the concept was coined in 1950’s at a Dartmouth conference and in initial projects in 1960’s were McCulloch & Pitts Boolean model of brain, Turing Test by Alan Turing. In 1960’s Space Odyssey film features the sentient of deadly computer. In 1980’s Neural Networks and machine learning became popular. The concept was visualized in the movie “Terminator”. Using the AI technology in 1990’s, IBM deep blue computer beats world chess champion Gary Kasparov. So we have had AI theoretical models for a long time but we see it practically advances exponentially during recent few years and this has become possible due to the increase in large data and high computing power.

Examples of AI implementations include

There are different categories of artificial intelligence as shown in below figure. Machine learning is a way to train the machine and it learns from data provided and rules coded in the program. Deep learning is a subset of machine learning and it has algorithms built on a model similar to the way human brain works, described in next section.

Image Processing – Machines can be trained to recognize objects

Computer Vision – Machines can see and process what they see

Robotics – Machines can learn the soundings and move intelligently

Pattern recognition – Have the ability to form patterns and grouping

Natural Language Processing – Machines can read, write and translate text in any language. Primarily Producing text from computer data. It is used for text analytics to understand the sentence and intent through statistical and machine learning methods. Example Expert systems, Mindbreeze etc

Machine Learning – We enable computers to learn without actually writing a program unlike what is done for other applications. We have to train the machine on a large dataset to create a model which helps the machine to take decisions based on its learning. For example if we have to train a computer to recognize a pen from a pencil. We need to train the machine by providing a large dataset that contains various attributes of pens and pencils. The dataset will consist of type of nib or lead and other attributes that differentiate a pen from pencil. Using this dataset, the machine will create a model which can be used to differentiate a pen from pencil. So next time whenever we pass object (pen/pencil) attributed to the model, it will give the result – pen or pencil. Below is a depiction of traditional applications vs. machine learning.

Deep Learning – A subset of machine learning consisting of artificial neural networks with multiple abstraction layers. Especially used in grouping, pattern recognition and classification applications. In deep learning we teach a computer to solve problems like humans. We have to show the machine how the problem was solved previously and it learns the steps like the way human brain learns.

Our brain is made up of zillions of neurons connected to form a neural network. These neurons communicate with each other using dendrites as in the below figure. The cell body processes the information and sends information the connecting neurons. Each time information is passed from one cell to the other, the information becomes clearer and the brain learns it and the last layer is output layer.

Steps to transform IT operations with Artificial intelligence

The approach proposed in Gartner article is the 12 steps approach. We start in the establishment phase and then move to the reactive phase, a process of inventorying existing skills and assets and then analyzing this information. This creates a solid platform to move on to the proactive and expansion phases, and begin truly transforming IT operations.” 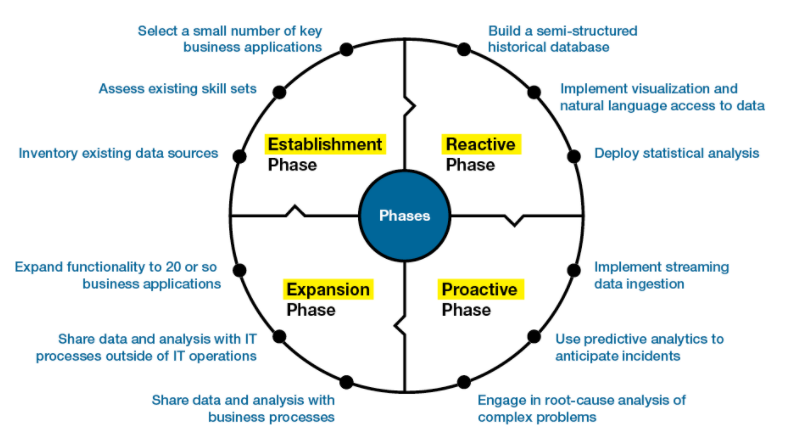 Figure 4- Steps to transform IT operations to Artificial intelligence 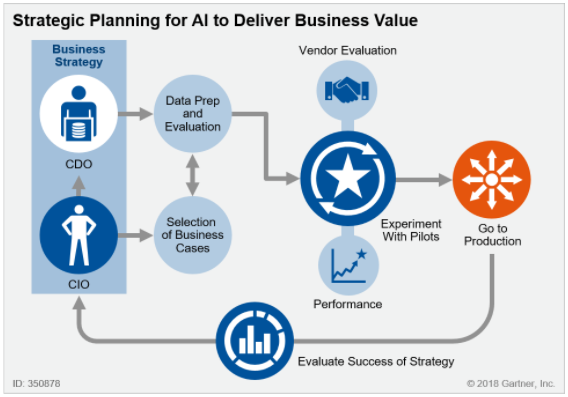