Blockchain Concept with an example

It has been said that Blockchain will do for transactions what the Internet did for information.

Blockchain is a decentralized distributed database that enables recording transactions and tracking assets in the network. Asset can be tangible or intangible and anything of value can be tracked on a blockchain network. Every transaction that happens across the business value chain is recorded in the database (referred as ledger) and used to track the asset and ownership across all participants involved.

Blockchain stores information across the network of personal computers making them decentralized and distributed which means no central system or person owns the system yet everyone can use the information and run it.

Before we understand how Blockchain works, would like to explain the terms used in the Blockchain technology.

Asset – Anything that has value is considered as an Asset. Asset can be tangible like – Cash, Car, property or intangible such as documents, patents, branding. Any asset can be tracked using Blockchain technology and replaces the traditional methods of tracking like telephone calls, banks, credit cards, Internet, mobile, documents etc, where the time between transaction and closure is long. The traditional systems involved parallel tracking, hence duplication of efforts and was prone to errors.

Peer-to-Peer Network – With the rise of eCommerce sites, online banking, Mobility and Internet of things- the volume of transactions are increasing exponentially. Hence, the number of participants and computers/devices involved in a particular transaction has grown. Peer-to-peer network is a distributed network with group of participants (computers/devices –Nodes) involved in the business who can receive or send transactions.

Bitcoin – Bitcoin is the first application using Blockchain technology. It is a digital currency not printed form but mined by people & businesses across the world using a software that solves mathematical puzzles. There is no monetary authority like banks to manage the money and it’s the peer-to-peer network that enables the process by each participant verifying and approving the transaction. Blockchain is the shared ledger used to record bitcoin transactions.

You must have witnessed the huge number of transactions that happen when purchasing a house or vehicle or elaborate tests at a hospital.

Taking one example to explain how Blockchain works – Real estate domain Buying a house or property.

In this example, asset is the house/property, network consists of the participants party A to E (Node)

In a traditional method of buying a property, each participant in the network keeps their own records and ledgers and track the asset individually. This method involves parallel tracking and is inefficient because of the delays in executing agreements and each participant maintains documentations and different copies of ledgers. This method is also vulnerable to mistakes and fraud. 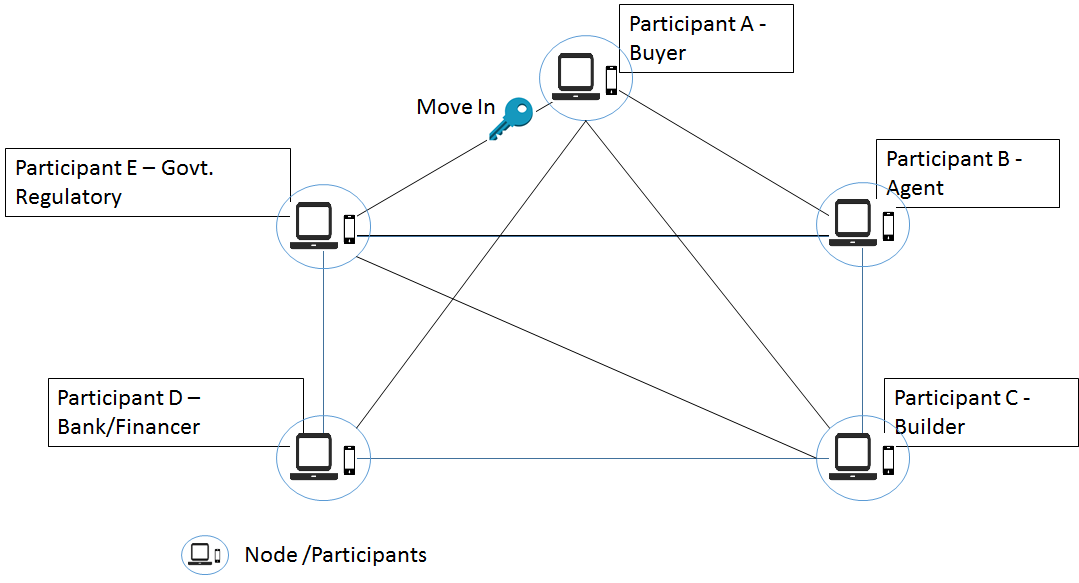 In the Blockchain architecture, each Participant (node) can send or receive transactions and has the ability to share the ledger that is updated with all the participants in the network through peer-to-peer replication each time a transaction occurs.

The participants in both the traditional and Blockchain approach are same. The major change in Blockchain is the way the transactions are recorded and managed and allows all parties to agree on the current state without any possibilities of dispute.

The owner moves from one participant to another depending on the status of the asset. The record is stamped by a trusted participant who created the record on the block. And the record is dependent on the previous record. If any record is deleted from the chain of record, it can very quickly be recognized due to a inbuilt algorithm and so no record can be deleted or tampered with once its created. That’s the reason Blockchain ledger is immutable. 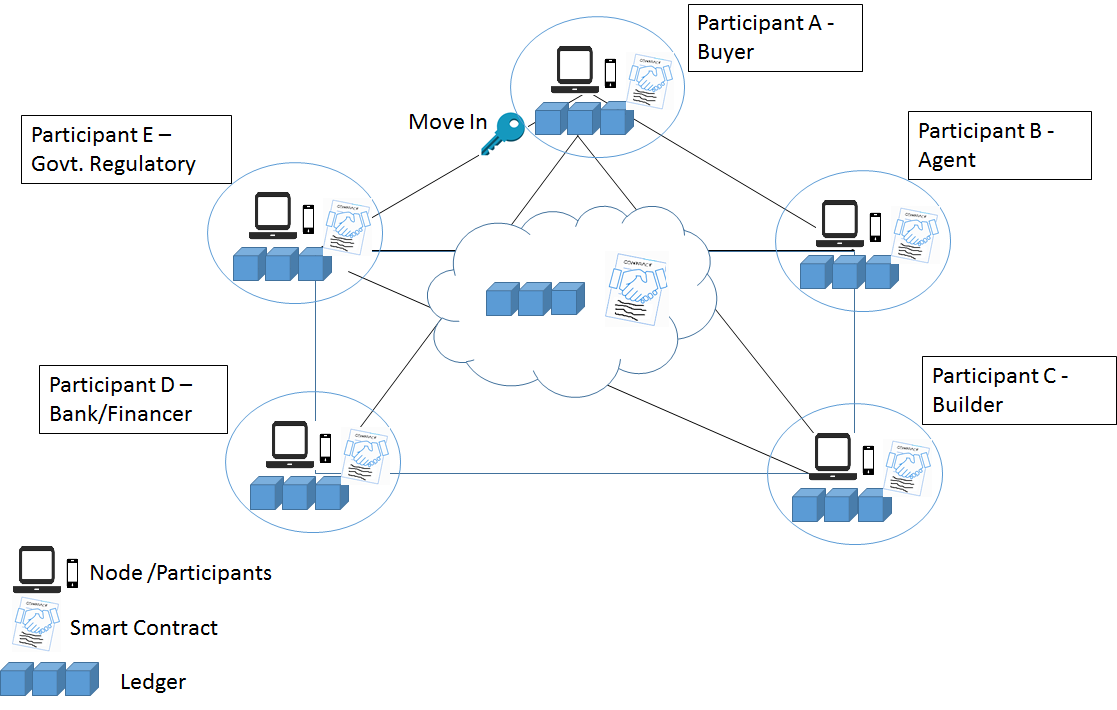 How to determine the need to implement Blockchain